Bake Off, dragons, and apples in balloons…

SO, Tuesday night and my Facebook feed’s full of one thing – Bake Off. Of the Great British Variety. The previous few weeks the subject had largely been ‘is it okay, since it moved to Channel 4’ with the overwhelming feeling seeming to be ‘ I still like it, hooray, but is that wrong, am I being disloyal to the BBC?’

Now, it might be worth pointing out at this point that I never really watched the BBC version, but that was partly due to my aversion to Sue of Mel and Sue fame. At least I think it’s Sue, never was quite sure, they’re a bit like Ant & Dec in that you’re never 100% certain which one’s which unless you’re a proper fan. And it largely stems back to their horrendous lunchtime programme, whatever it was called, Late Lunch, Rubbish Lunch, Disappointing Lunch, something like that…. on which she annoyed me immensely.

Anyway, for that reason, it wasn’t ever viewing of choice. Sometimes it was on in the background, occasionally the kids watched it, but it never happened. But I did, due to the sheer terrible choice on prime time TV on Tuesday a few weeks ago, start watching it…. and do you know what, I can vaguely see why people do enjoy it.

To be fair, some of the creations are incredible. They’re kind of sculpting anything out of anything in a cake form. You want a lion cake with a coffee cake head and a walnut cake body, attacking a peppermint zebra, you got it….  clearly that didn’t happen. But someone did create a remarkable-looking bag out of bread.

One programme I’ve always enjoyed is Dragon’s Den… and this week the Dragons were presented with an innovative packaging solution. Two guys had created a packaging format which effectively used a thin film and filled it with air to create the packaging. They seemed to think it could be used for a variety of things, including food – they were deliberating the shelf-life of perishable goods for example. I guess I could see how it might work, effectively you’re creating a vacuum around the product so no air gets in and no air gets out.

But the problem would be this…. who’s going to buy an apple that’s effectively trapped inside a transparent balloon? I can see how it might work for, say, a book that Amazon was despatching. Lightweight, little to recycle, and protects it from damage. But it’s not going to work for a pineapple…. if you’re interested, they didn’t get the investment. As soon as they revealed to the Dragons that the machine to do the packaging was into the hundreds of thousands of pounds I’m afraid they got pretty short thrift…… 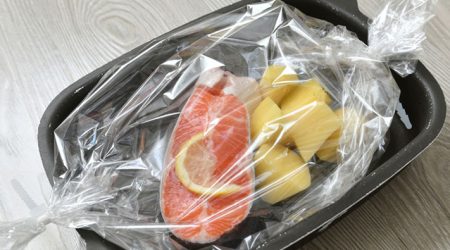