GOOGLE is where you can find the answer to anything. Or at least that’s what people think…. we’ve all done it, sitting there at home – “just Google it”. Doesn’t matter how obscure, whether you want the second largest city in Rwanda’s population, how much arsenic is in an almond, or Shrewsbury Town’s most capped goalkeeper.

And from Google – if you have a Google Ads log-in – you can get a whole heap of information, including what people put into Google that led them to your site.

There’s one question that crops up again and again. Variations on a theme, different ways of asking the same question, but fundamentally the same question is asked at least once a day. I’ve accidentally cooked the absorbent pad that came in my meat tray, is it safe?

The answer…. yes, you’ll be fine. It’s food contact approved. There’s nothing in there that will do you (of your dog, as that’s an occasional variation) any harm. In truth, you could probably eat it. I dare say someone, somewhere in the world has. I’m 99% certain based on some of the Google searches that a fair few dogs have. They lived to tell the tale.

Wherever in the world you are, I hope if you’re reading this then it has put your mind at rest…..

What does it actually mean?…. Bio-plastics 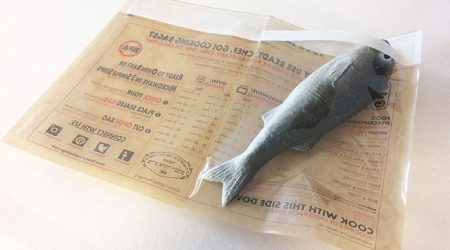