Hallowe’en is coming, Hallowe’en is coming… okay, it doesn’t quite have the same ring to it as Holidays Are Coming on the Coca-Cola advert that has been broadcast from November 15th until Christmas Eve for the last 178 years. Do people in America really go outside in the cold and watch out for brightly-lit trucks?

Maybe they do? This is the country that believes professional rounders lasting nine-innings is a sport, it’s eminently possible that in deepest, darkest West Virginia watching a lorry with lights on passes for a night out It’s a country where if your name is George Bush you’re statistically twice as likely to become president…

No, back to the real issue at hand. Hallowe’en. Not Halloween, don’t let me see that. Don’t get me started on that one. As a former journalist I know for a fact that Hallowe’en is correct – even though many newspapers miss out the apostrophe. Presumably as they don’t have enough faith in their journalists to put it in – or indeed enough faith in their readers to know it’s been missed out. But it should be there… mind you, your average shop worker in the UK wouldn’t know where to start with an apostrophe from what I’ve seen.

Anyway, the pumpkin mountain at the local co-op, the array of black, white and orange sugar-filled sweets, the zombie costumes in Asda and the fact that it is – in the words of my long-departed grandma ‘getting a bit parky’ – all tell me Hallowe’en is very much on the horizon. And it does bring with it some benefits….

No, I am talking about pumpkin of course. Because the odd vegetable that many people hollow out for their kids and don’t have a clue what to do with is actually very tasty. I could eat bowl after bowl of curried pumpkin soup, and pumpkin cake is surprisingly tasty – if you like carrot cake, you’ll like pumpkin cake.

But even with all that made, you’ll still have loads left – especially if you’ve got a few children. And so we’ve put some pumpkin-inspired recipes online at Thinking-Cooking.com, and will put a few more up over the next weeks – all of which can be made using Thinking-Cooking products, notably the Si-bag Meal-Maker, Baby & Toddler Meal-Pouch and Slow-Cooker Liner. So, if you don’t know your pumpkin from your artichoke in a culinary sense, then take a look… 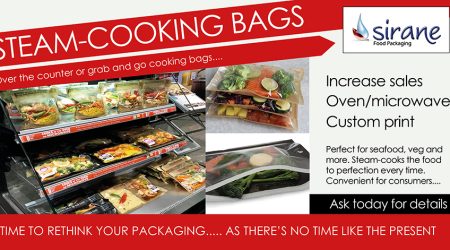 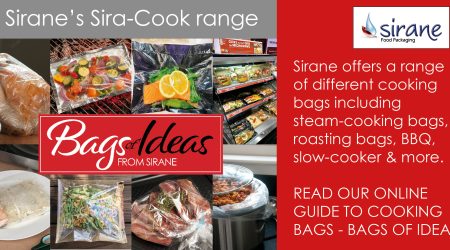 SIRA-COOK: Bags of Ideas, discover bags and films for oven, microwave and BBQ