The cut-throat world of meat journalism…

Something grabbed my attention this week… and it was the very last page of Meat Management magazine and a column called And another thing…. by Mike Britain. Now, two things bothered me about this column. The first is the name, it’s quite possibly the most cliched, uninspired name for a column possible, they may as well have just called it And finally...and be done with. The other was the content of a piece entitled Do You Know Where? Claim A £50.00 Reward.

He begins “I enjoy a good mystery”. Well, so do I, particularly when either Sherlock Holmes or Scooby Doo are involved, so lets read on. “I saw a story published in the weekly Meat Management Newsletter about the annual directory Who’s Who in Meat, I followed up to try and obtain a copy.” Now firstly, drop the charade, of course you saw this story, I assume you also probably wrote it or edited it. No-one’s fooled. He continues “My efforts came to nothing. The directory which is published by Meat Trades Journal is still listed on its website, as it is on the William Reed website (the owner of MTJ). However, actually trying to buy one is harder than trying to get a drink out of my own esteemed published!”

Another dreadful columnist cliche, trying to make your ‘management’ sound like the worst employers in the world, a tight-fisted figure of supposed loathing, when he’s probably a really nice man/woman who always busy the first round. What he actually meant was ‘actually trying to buy one is harder than thinking up an original metaphor’.

He continues “Talking of our publisher, I gather he wrote to William Reed to ask if the Who’s Who in Meat publication had ceased publication, to be informed that ‘you misunderstand’. That’s as much information as we have. So here is my challenge: any reader that can buy the 2014 edition of Who’s Who in Meat can claim a £50.00 reward from me, plus the purchase price (which I think was around £48.00). And while you’re at it send me the 2013 version which also seems to be missing and will give you another £50.”

It’s all getting a bit Jeremy Kyle here. Proper bitching. It’s theYou Said You Made a Who’s Who In Meat, Prove It show. Bring on the DNA test…

He finishes off my writing: “According to the editor of Meat Trades Journal, Ed Beddington, when writing in the 2012 edition, the Who’s Who in Meat publication is a leading directory providing comprehensive compilation of all the key businesses and organisations you need to know. Therefore I am surprised that I just can’t get one.”

“To see the story go to www.meatmanagement.com and search for William Reed.” And so I did. And now we get to the real reason for this supposed story.

We now discover that the whole piece is a sales plug for their own Meat Contacts directory.

In this story, Pamela Brook, the editor of Meat Management, comments: “It seems clear that the long established Who’s Who In Meat has not been published this year and may not have done so in 2013 either. In my personal opinion it seems unlikely to make an appearance again. The simple fact is that since the launch of our own Meat Contacts directory in December 2009 the market has changed considerably. With many more pages and a much bigger circulation offered by Meat Contacts I have always felt it was only a matter of time before we saw the market change. If Who’s Who in Meat is still publishing surely all William Reed have to do is say so. We would happily buy a copy!”

Okay, at this point I should tell you that I was a journalist for 11 years before joining Sirane. And I ask you this…. whatever happened to the journalist’s chivalric code? It’s one thing having a pop at your rivals in the privacy of your own office, it’s quite another committing your thoughts to print under the unconvincing guise of a story. It’s the meat press equivalent of ‘You’re Not Singing Any More.’ And it’s the sort of dangerous game that is just bound to bite you back at some point.

News is supposed to be news. Unless they’ve gone out of business, the business of another trade magazine should not constitute a news story. It’s not news, it’s just bitching. I often had opinions on what the other papers were doing. I never wrote about them, and was even careful who I discussed them with. Grudges can be held a long time.

Pamela Brook then adds: “At Yandell Publishing we firmly believe that Meat Contacts is by far the best directory of its type in the UK meat market and not only offers a print version but is also available online throughout the year – something Who’s Who in Meat did not offer.” Yes, of course you think it is the best, you publish it, no publisher in their right mind is going to say anything different. But I, for one, think this whole story is, well….. somehow not cricket.

To sum up this story, it’s this. We produce a directory that we think’s bigger and better than anyone else, ha ha. Is meat journalism really this cut throat?

Part of me hopes that absolutely loads of readers have a copy, and all send them to this Mike Britain chap. Along with the 2013 copy – which I’m sure we’ve got somewhere in the office by the way. It’ll cost him a fortune, and if he doesn’t pay up it’ll make a great story for the Meat Trades Journal to get stuck into. 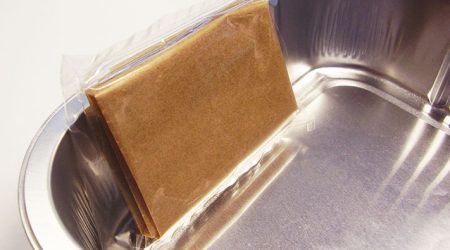 Cooking bags individually wrapped could be perfect for ‘meal kits’ 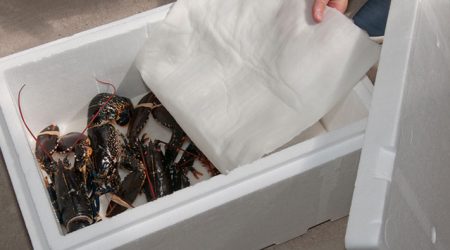