Not too many meeting up at MeatUp

MAYBE it was the weather. It was, after all, the hottest day of the year so far…. although today is supposed to be hotter. But MeatUp seemed a little on the quiet side yesterday. Mind you, when one of the seminar topics is ‘has meat consumption peaked and if so what can we do about it?’ then maybe the industry is suffering from a little malaise.

In fairness, the speaker, Professor David Hughes from Imperial College London, was excellent. And his answer was no, it has not peaked, the meat industry just needs to work a little harder to maintain its share. Whereas in the 1960s meat was a staple part of the diet most days a week, it is now fighting Italian, Indian, Thai and the likes. Certainly in the supermarkets when people look for convenience food, meat producers maybe need to work harder to offer something different, tasty and convenient. Today’s consumer doesn’t want to just grab a packet of fresh chicken and have to do the rest at home, they want it done for them. They want a meal that they can just put in the oven.

His statistics seemed to show that market research reveals people very much want to be still eating plenty of meat, it’s just other things are, well… easier.

So what does the meat industry do about it? Well get creative I would say. Some of our packaging solutions allow for that. We can offer, for example, BBQ/Oven bags with wood chips sachets that smoke the meat while it cooks. We can offer ovenable dividers allowing for compartmented ready meals. We can offer multi-compartment steam-cooking bags, and regular over-the-counter steam-cooking bags for oven or microwave in which meat and sauce/glaze can be sold in a ready-to-cook format.

Elsewhere in the seminars we learnt from Steve Osborn, consultant at Aurora Ceres, that only 3 in every 14 ‘food development projects’ actually make the supermarket shelves. And one of those three then falls by the wayside for whatever reason. Figures like that might make you think developing new products is tough, and costly. But Steve’s point was that the ones that don’t make the shelf may have failed because the planning and work was not done correctly. Do everything correctly and the success rate is much higher.

Packaging might, for many product developers, be the last thing they look it, but perhaps it should be the first. After all, if you can’t package and sell the food you have no product. Perhaps the starting point should be ‘okay, a cooking bag for the oven or BBQ which smokes the food and infuses it with hickory, that’s a great idea. What should we put in it…’

Or the approach discussed last week by our distributors in the US who are offering a supply of flavoured butters and marinades to support seafood counters using steam-cooking bags, offering them a simple way to up-sell and add value. That same approach could work perfectly for chicken. After a long day at work I don’t want to stop at the shops and buy a chicken breast and loads of ingredients and have to get cooking; but if offered a chicken breast with a tasty Thai red curry butter in an ovenable or microwaveable bag, freshly prepared, along with a bag of fresh vegetables which are also ready to cook….. well now you’re talking. Fresh, tasty, convenient and different…. that’s all I want. 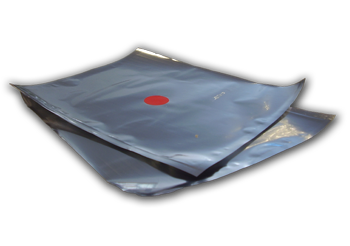 From ‘sea to plate’ proves big draw at seafood expo 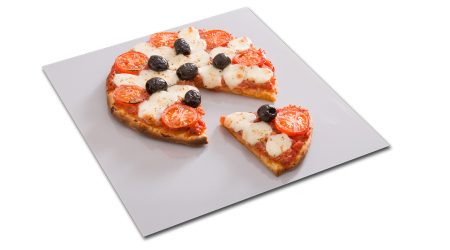