IT’S probably tempting fate. But I’m going to say it anyway…. spring is in the air. There. I’ve said it. No wisecracks please about how actually I only wrote it, which technically speaking is correct. For how do you good people know that I didn’t just holler it at the top of my voice across the office.

A few things have led me to this startling if not groundbreaking conclusion. 1) I no longer need a coat on just to walk to my car. 2) We’ve thrown open the office windows. 3) It’s March, and the last time I checked March ushered in spring, and 4) There’s a year’s supply of Creme Eggs in my local Co-op.

Mind you, the Creme Eggs have been there since about mid January, so scrub number 4.

So March 1st and what have we learnt. We’ve learnt that beef might not always be beef and that the Pope does not always have to be the Pope. He can actually resign. It’s one step from God writing a letter of resignation, but apparently it’s allowed. Whereas beef should always be beef – and by that I mean made from a cow…

As scandals go it’s been truly scandalous in an underwhelming way. True, when we bought our beef lasagne from (insert name of supermarket here, I don’t want to libel anyone), we had a reasonable expectation that the said lasagne was made from beef. But hand on heart, who can say that they honestly believed that a lasagne that feeds a family of four and cost just 99p was made from the finest quality Angus beef mince?

The real eye-opener for me was the journey that meat was taking even before it ended up in the UK. From a Romanian slaughterhouse (with a giant picture of a horse outside, they weren’t hiding it people), the prime beef/horse meat was re-enacting National Lampoons European Vacation before it finally smelt the bechamel sauce. Whichever way you dress it up, that can’t be necessary… I live in the countryside, there’s plenty of cows around, I see them daily!

Why was meat ever been shipped on such farcical journeys?

The big winner here, and it’s a long time since this has been the case, could be the UK farming industry and local butchers. The clamour for certified UK produce will be beginning about now. Supermarkets may be forced to display the origins of their food much more clearly. And the High Street butcher could be the true winner – he can probably not only tell the customer exactly where the meat came from, but in many cases even name the animal. “400g beef from Daisy the Limousin, yes madam!”… 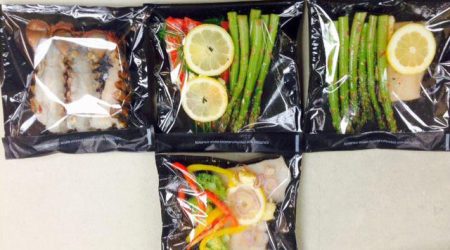