Sirane’s Russian colleagues were due to exhibit our range of innovative food packaging solutions and more at the show later this month – August 25-28. These dates were already pushed back from the original scheduled dates of June 15-18.

However, uncertainty over holding ‘mass events’ due to Covid 19 has led organisers to cancel. A statement from the organisers said that despite a ban on mass events in the Moscow region being lifted by the Governor of the Moscow Region, there was insufficient time to comply with guidance, as it was not issued quickly enough.

“This uncertainty led to us being unable to carry out all the necessary preparation in respect of the RosUpack exhibition, which is a length and multi-stage process. Considering the above, and in the best interests of the industry, it has been decided the RosUpack exhibition will take place on the following new dates: 15-18 June 2021.”

Simon Balderson, Sirane MD, said: “Sirane East has grown significantly in the last few years and has made a real name for itself. Many of our packaging solutions are used in food packaging the world over, and Russia and the independent republics are no different.

“RosUpack is a great opportunity for food manufacturers and retailers in the region to find out more about Sirane and what we can do. We’re specialists in absorbency, oven-ready and microwaveable packaging and more… and can also offer product development

“It’s a great shame this year’s event has been cancelled, but we’ll undoubtedly be back in 2021. I’m sure the organisers made the absolutely correct decision to cancel.”

RosUpack is the largest packaging exhibition in Russia and Eastern Europe – and in 2018 attracted nearly 20,000 visitors from 53 countries, and from 78 regions of Russia.

It’s one of many trade shows impacted by Covid 19. Sirane was due to exhibit at CFIA in France in March, which has now been rearranged for late September, while Packaging Innovations in London, scheduled for September, has been pushed back to December.

Sirane is an innovative packaging design, development, manufacture and solutions company which specialises in areas including absorbency and oven-ready/microwave-ready products, compostable packaging, films, boards, absorbent pads, and much more.

We also have a range of sustainable packaging solutions – Earth Packaging – which includes plastic-free bags, pouches and films as well as compostable films, boards and more. Further information will be available from the Sirane East team at the show.

Sirane East (Vostok) is one of the company’s five manufacturing facilities – with three in the UK, and overseas factories also located in Poland and Mexico. In addition, we have offices and warehousing in South Africa, and have recently expanded into Australia.

Sirane has four divisions: Food Packaging; Medical & Healthcare; Horticultural, and Industrial. Sirane Russia’s focus is on the first two – with an initial emphasis on food packaging. 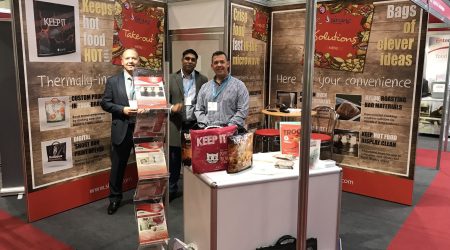 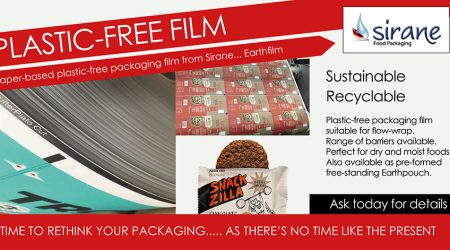