So who will win the Sirane World Cup?

Right. A lot has happened since I last offered my words/words of wisdom* (*delete as appropriate). For a start, England have entered, been knocked out of and returned home from the World Cup in Brazil. ITV have much to be blamed for, I now cannot write the word Brazil without singing, “Braaazil, Brazzzilllll” in a samba-ish kind of way in my head.

Anyway, we were – by all accounts – rubbish. No surprises there then. For anyone who wants my opinion, and you’re going to get it regardless of what option you chose there, England are stuck between the old guard and the new kids on the block, and ended up with a team of slightly past-it internationals blended with glaring inexperience.

For that reason, I am not too despondent about our chances in the Euros in two years time, as those inexperienced youngsters are – on the whole – pretty damn good.

I’m not sure our team of agents and distributors’ countries are faring much better. Australia are long-gone, Italy were unceremoniously dumped out by the hungry Uruguayan enigma that is Suarez et al, Greece somehow squeezed through the groups before falling to the unfancied Costa Ricans, Turkey didn’t even make the finals. As for Russia, the least said the better – although I believe Fabio Capello is to be summoned before the Kremlin to explain their ineptitude. Fabio meet Gulag, Gulag meet Fabio.

Only the United States performed anything like well – pushing Belgium all the way in the last 16-game after solid performance in the group stages.

So what does this all mean? Well nothing really. Only that the winner of the Sirane World Cup is the United States, having beaten Greece in the final. What do you mean France are still in the tournament? Well they slipped through the net a little unnoticed did they not. Not so much dark horses as dirty grey – as they always had decent players, but after their showing four years ago who knew which France would turn up? Well it seems the France that can be bothered turned up. Who’d have thought it…

Did sales drop, or did people just buy what they need?

Sowing the seeds for a plastic revolution 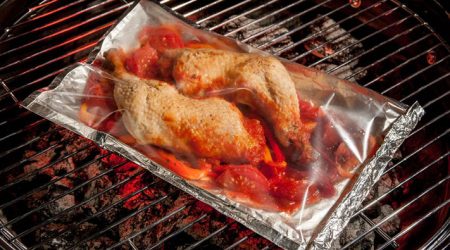 Barbecue bags and ‘bubble pad’ for the IFE