So I decided to brave the crowds and head for the BBC Good Food Show at Birmingham’s NEC, primarily to be nosy… and see what other people were up to.

Everyone has their guilty pleasures on TV. Something you know you shouldn’t watch but do. And for me, it’s Masterchef. I don’t know why… at least half the stuff they cook sounds revolting to me, and I certainly wouldn’t categorise myself as a vaguely talented chef, never mind a Masterchef…

But watch it I do. And Masterchef forms an integral part of the BBC Good Food Show experience, with a demonstration area, masterclasses and a ‘Masterchef restaurant’.

It’s credit to the BBC that they don’t go overboard, and saturate the brand. After all, a stand selling Masterchef merchandise would probably have done a roaring trade. But Masterchef is all about class – and class doesn’t mean crass commercialisation. So BBC Masterchef team, give yourselves a huge pat on the back.

What I would say, however, is that if you’re going to run a Masterchef restaurant, the service has to be good. I decided to eat there – I was entitled to a lunch break after all, especially as I was spending my day on my feet – and was left with very mixed feelings about the whole experience.

The food – it has to be said – was beautiful. A starter inspired by last year’s winner, using traditional Mauritian street dishes, was simply stunning. And the main course, a kind-of deconstructed chicken burger dish, was very good. But 50 minutes between course…. well, for me that’s simply not good enough.

The waitress simply said ‘sorry, we’re busy’. Well of course you’re busy, you’re the Masterchef restaurant at the BBC Good Food Show, what we’re you expecting? A trickle of customers wandering up saying’ this sounds nice, shall we try here?’ Someone somewhere messed up…

Anyway, rant over. What else was worth knowing. Perhaps my favourite stall was Panjaban – www.panjaban.co.uk – a stall selling the bases for traditional Punjabi dishes. The flavours were incredible, and I loved the backstory… a boy who went to university and missed his mother’s cooking so much she started sending it up. Gradually the amount she was sending increased, until he finally admitted that he was selling it around campus at a handsome profit. A business was born.

Another great find was Pepper and Stew – www.pepperandstew.co.uk – which despite the name (or maybe I’m showing my ignorance here?) is out of Africa….. some amazing base sauces from West Africa  (Ghana if memory serves correct) which would make a change from curry when you fancy something a little spicy.

And it was nice to see a Shropshire favourite – Cooper’s Gourmet Sausage Rolls – doing a roaring trade.

All in all, a very pleasant day out. I was a little disappointed by the variety – lots of sausages, curries, cheese, olives, fudge and cakes but other than the African sauces nothing that I’d truly never tried before. Variety would be the spice of life at a show like this, but perhaps the variety just isn’t out there…

OVERSEAS: Meat industry will be a target at NZ trade show 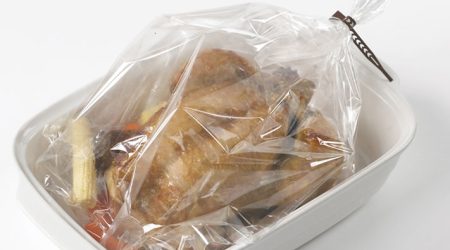 POLYESTER: Range of new oven bags and films added to our range