Thinking-Cooking – Sirane’s retail range – recently packed up its kitchen and headed for the Farm-Shop & Deli Show at the NEC. It proved a real eye-opener.

For one thing, when I headed down the M54 on Tuesday I didn’t think I would see a man in a spaceman suit and a man who could only be described as some sort of spandex-clad chilli-eating superhero performing the Harlem Shake with other be-suited sales executives. But then anything goes over the ‘border’ in the National Convenience Show.

Back in the Farm-Shop & Deli Show it was all a bit more traditional… copious amounts of relishes and sauces, biscuits and hams. I sat for a while next to the Farm Shop & Deli Live stage waiting for the various butchers, bakers and breadstick makers to film Gangnam Style – but it never happened.

I’d been given a Thai Green Curry sauce, so last night added some Tiger Prawns and dived in. I felt like the guy on Masterchef who waxes lyrical about the flavours coming through… now I confess until I looked at the packed I didn’t know what many of the flavours were, but they were amazing.

Now these guys make sauces. You just add your own meat and eat… and the Thinking-Cooking Si-bag Meal-Maker would actually be perfect with this kind of sauce. Fish, sauce, three minutes in the microwave… perfect. I’m seeing the future of dinner times in my house and I like it…

So what else stood out? Lottie Shaw’s Yorkshire parkin was amazing. And despite being a proud Yorkshireman I don’t even like parkin that much. Or maybe my Grandma just wasn’t very good at making it. What else… well when your stall’s called Ooh! CHOCOLATA you’re bound to be on to a winner.

But all in all a good few days… especially in the Farm Shop & Deli Show.

Haunting tales from the slaughterhouses… 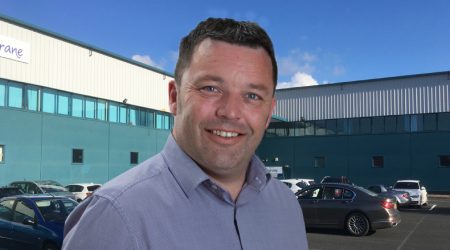 EXPANSION: Innovation at the forefront as Sirane makes key appointments to our board division